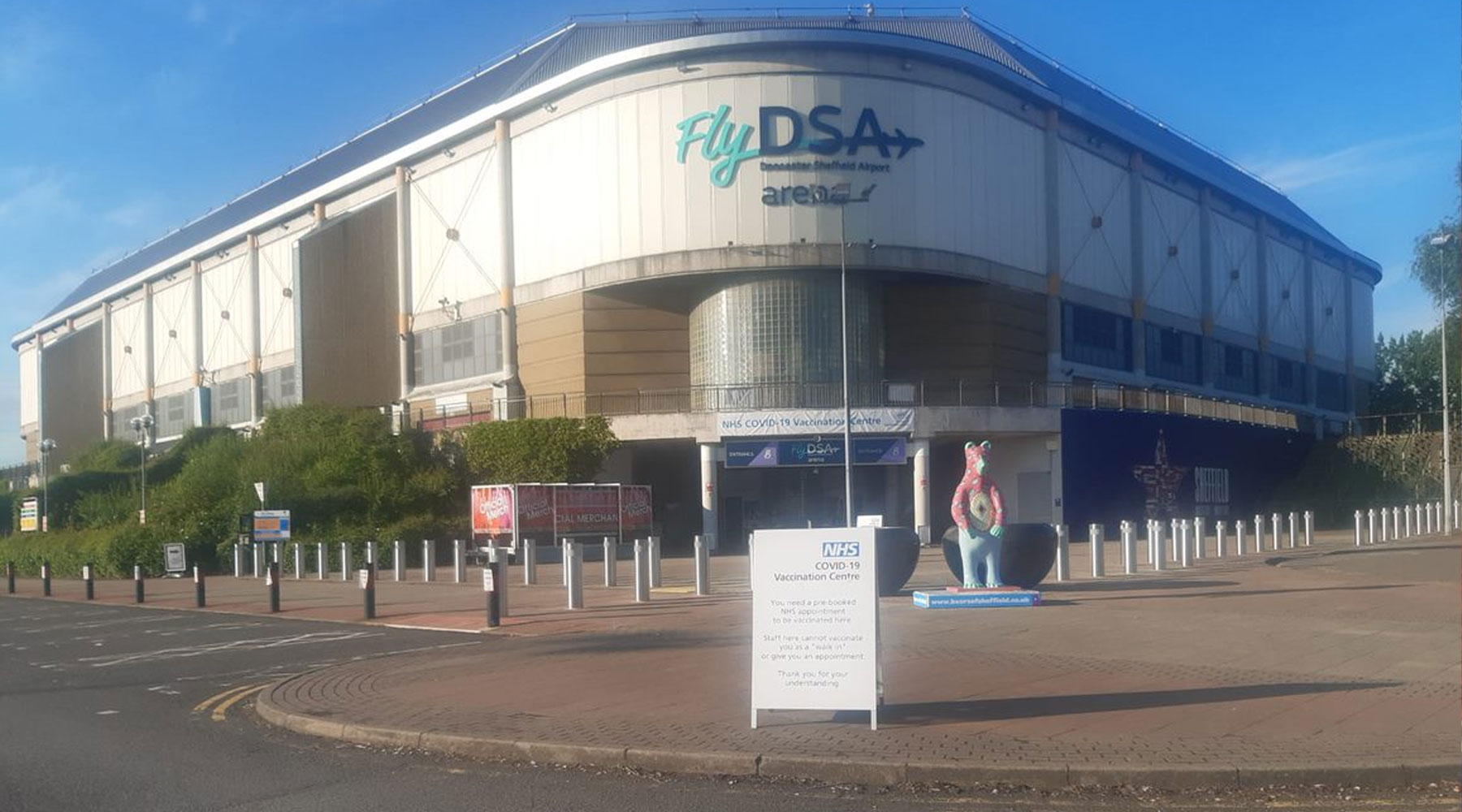 Bears of Sheffield arrive at the Arena & City Hall

Sheffield’s very own bear trail in support of Sheffield Children’s has begun. With two bears at the City Hall and Arena.

Bringing together families and friends, businesses, schools, artists and the community, the Bears of Sheffield trail begins today to support the fundraising drive to build a new Cancer and Leukaemia ward at Sheffield Children’s Hospital.

160 of the distinctive animals have been installed over the last few days and can now be found in public places across Sheffield.

The trail comprises of 60 Big Bears, standing at 2.1m tall, which are sponsored by local businesses, organisations and families, as well as 100 Little Bears which have been fundraised for and decorated by schools, nurseries and colleges. There is also an extra special Theo Bear sculpture, The Children’s Hospital’s Charity’s mascot.

The trail begins exactly a year later than initially planned and is one of the first major events to be held since the COVID-19 pandemic, as people are welcomed safely back to the citEvent Organiser Cheryl Davidson explained: “The day is finally here! We are delighted that from today, the Bears of Sheffield are in place for people to get outside, collect the Bears, explore and celebrate our wonderful city, all for a great cause.

“We would like to place on record our thanks to everyone who has got their paws dirty working so hard behind the scenes to bring this exciting trail to the people of Sheffield.”

Visit www.bearsofsheffield.co.uk and start collecting the Bears on the app to earn Paw Points and redeem special offers along the way. There is also a league table to see which Bear receives the most donations.

Alongside the launch of the trail, a linked fundraising challenge also launches today. The ‘Bearathon’ involves running, walking, cycling or swimming 2.75km a day for 30 days.

The distance of the challenge represents the £2.75M needed to fund the new Cancer and Leukaemia ward at Sheffield Children’s Hospital.

Ruth Brown, Acting Chief Executive at Sheffield Children’s said: “I am so excited to see the Bears come out of hibernation and be out across the city! I was lucky enough to see the unique pieces of art before their paws hit the road and each design is outstanding.

“Thank you to everyone who has worked to create the trail, the money raised from the project will make such a huge difference to our patients and their families for years to come.”

Cheryl adds: “The Bears of Sheffield provides a fun, family-friendly activity which we hope will bring smiles back to people’s faces after the 18 months we’ve all endured. We can’t wait for everyone to enjoy it this summer.

“It’s also a real opportunity for everyone to play their part in changing young people’s lives for a generation to come. The Bears of Sheffield will play a crucial role in reaching our target for the new ward; building work is already underway but it is only the generosity of the community that will see it completed.

“Whether it’s sponsoring a bear, shouting about the trail, donating, or taking on your own challenge or bear-themed event, we need your help.”

Among the stunning big bear sculptures on display from today is ‘Thank you Sheffield Children’s Hospital’, a poignant tribute to the NHS designed by charity patron Pete McKee.

Pete said: “When it came to naming my bear, I wanted to incorporate a message into the title: Thank You Sheffield Children’s Hospital. This bear represents the feelings of love and gratitude felt by us parents who have ever needed to use their amazing services.

“We thank you for looking after those most precious to us. We love you NHS.”

The sculpture is one of three sponsored by Sheffield Hallam University, who are a headline sponsor for the trail alongside Sheffield BID.

“The University is at the heart of the city and it’s a privilege to be one of the main sponsors of this wonderful city-wide project, bringing local communities, businesses and artists together to raise vital funds for Sheffield Children’s Hospital.

“It has been a very challenging year for all of us, and the Bears of Sheffield will provide a great opportunity for people across Sheffield to reconnect with their city by exploring the bears in the trail.”

Steeped in Sheffield heritage, the sculptures have been produced by model and prototype manufacturers, Darnall-based Simpson Patterns Ltd. The design has been based on the Botanical Gardens bear created by local artist and sculptor David Mayne.

Mr Mayne worked to recreate a smoother bear specifically for the project which could be painted whilst retaining the essence of the original.

After the trail is complete, each small bear will be returned to its school, nursery or college as a permanent memento of the project. The larger bears will be auctioned off at a special event to raise funds for Sheffield Children’s.

The Script will be celebrating a journey that has included five UK #1 albums, six billion streams, and over two million ticket sales at Sheffield Arena on Thursday 2 June 2022. Tickets go on sale Friday 3 September 2021.