Attention all Steelers season ticket holders, we have some exciting exclusive news just for you.

The Arena and Steelers today confirm that from the start of the new season all season ticket holders will have their own dedicated entrance into the Arena.

This exclusive season ticket holders entrance will also give access to the Utilita Arena Club which is a season ticket holder only area (available on a first come, first served basis) featuring a private bar, Street Food Menu and facilities plus Assistant Coach, Carter Beston-Will visit the Arena Club prior to the game starting to confirm the rosters that night and any interesting titbits before announcing the starting line ups – there will be an opportunity to ask Carter a couple of questions during this period. 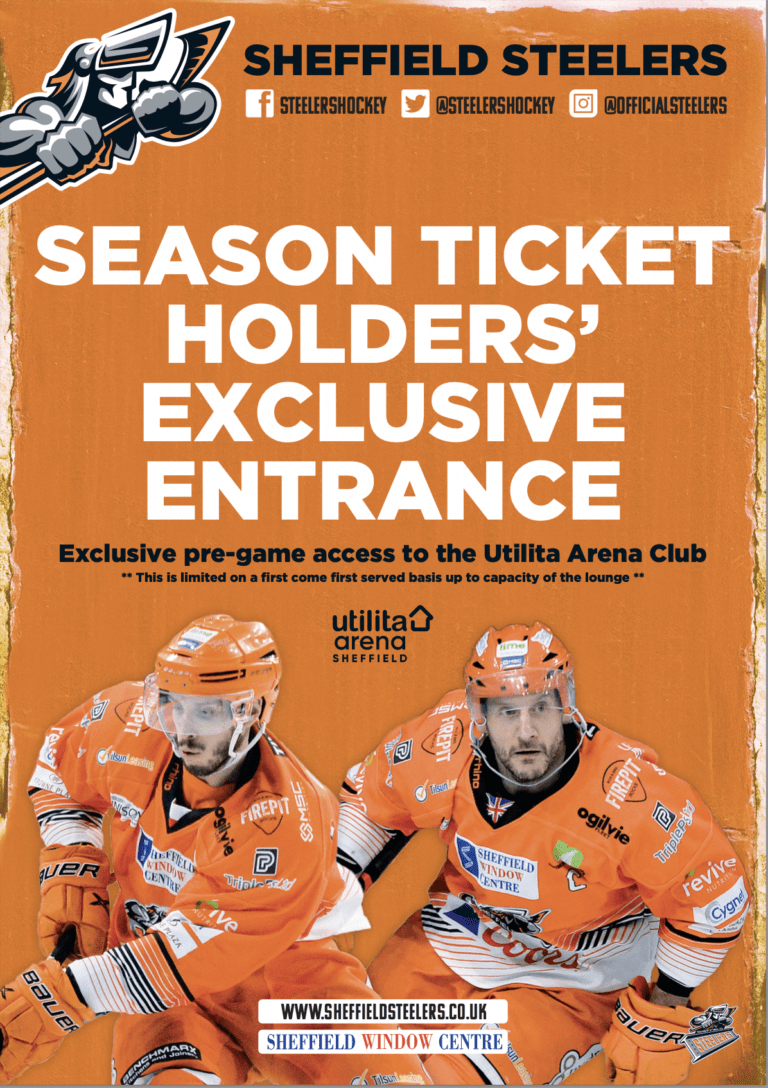 “We thank Dom and his staff at the arena for opening up the prestigious Arena Club to our season ticket holders, this will certainly be a benefit to them as well as allowing them to eat and drink prior to the game. We met the Arena chefs on Tuesday and they have some fantastic ideas of expanding the menu.”

“We are also conscious, that with ever growing numbers attending Steelers home game that to have an additional entrance designated Season Ticket Holders entrance would be extremely beneficial & ease congestion for many arriving early.”

“As a club and home venue, we are all trying to work together on enhancing the fan experience and this is something that we think our season ticket holders will enjoy”

“Many won’t have experienced the Arena Club before, it is a fantastic room with private bar and facilities offering an exclusive feel that Season Ticket holders deserve”.

“We are keen to expand the fan experience at Steelers games and after speaking with the club we have agreed this joint venture which will include a special menu and Steelers experience, we want it to be the place season ticket holders go before the game to eat, drink and talk hockey and Steelers here at the House of Steel .

“The Arena will signpost the Season Ticket Holders entrance and make it visible with easy access, as with the main entrance doors will open 90 minutes before face off. The Arena Club will also be open during the two period breaks”.

From the start of the 2022-23 season access via Entrance B will be limited to suite holders and patrons requiring accessible access to avoid large queues and disruption at the front of the building, all the main entrance doors on the concourse level will be fully open 90 minutes before face off and still available for Season Ticket holders to access the venue.

A quick guide to use of the Arena Club:-