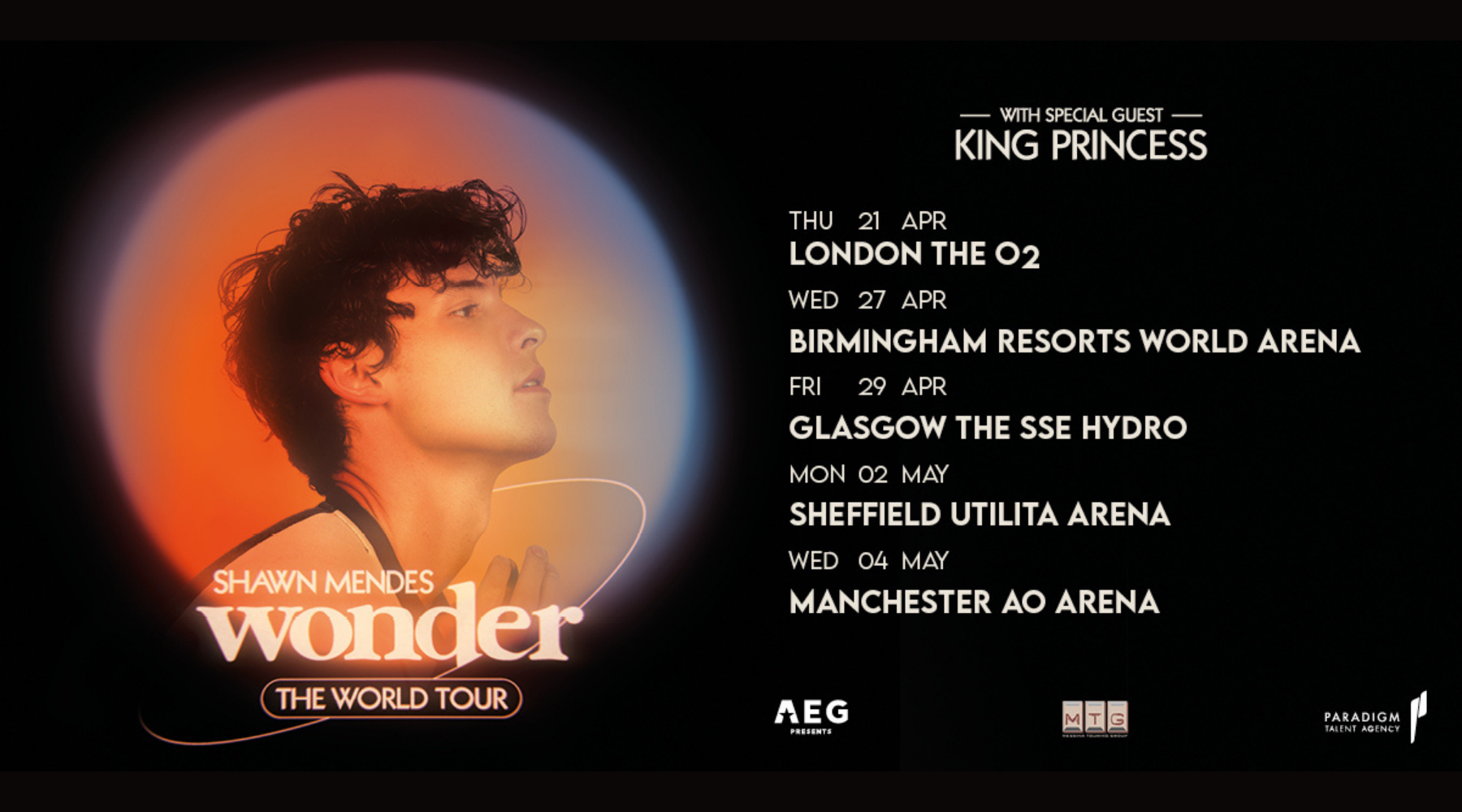 GRAMMY-nominated, multi-platinum singer/songwriter Shawn Mendes announces his 2022 “Wonder: The World Tour” today, which will include 64 arena dates spanning across North America, the UK, and Europe. The UK leg of the tour will kick off in London in April 2022, and hits the Utilita Arena Sheffield on Monday 2 May 2022 – tickets on general sale Friday 8 October 10am.

The tour – which begins in Copenhagen, Denmark on March 14, 2022 – follows Shawn’s most recent album Wonder - which debuted at #1 on the Billboard Top 200, making Mendes one of three male artists ever to score four #1 albums by 22 years old – as well as his new hit single, “Summer of Love” with Tainy.

On the tour, Shawn will be joined by King Princess in the UK.

Max of 6 tickets per person

Ticket price includes a £1 donation to the Shawn Mendes Foundation.

The Script: "Tales from the Script" out NOW

The Script have just dropped a new album for our listening pleasure! ‘Tales From The Script’ is a culmination of all the biggest hits and fan favourites from their six albums so far.

It highlights the classic cuts from the trio’s catalogue, taking in the likes of the #1 ‘Hall of Fame’, and other smash-hits such as 'The Man Who Can't Be Moved'.

The collection honours everything that the trio - Danny O’Donoghue, Glen Power and Mark Sheehan - have achieved together since forming fourteen years ago.