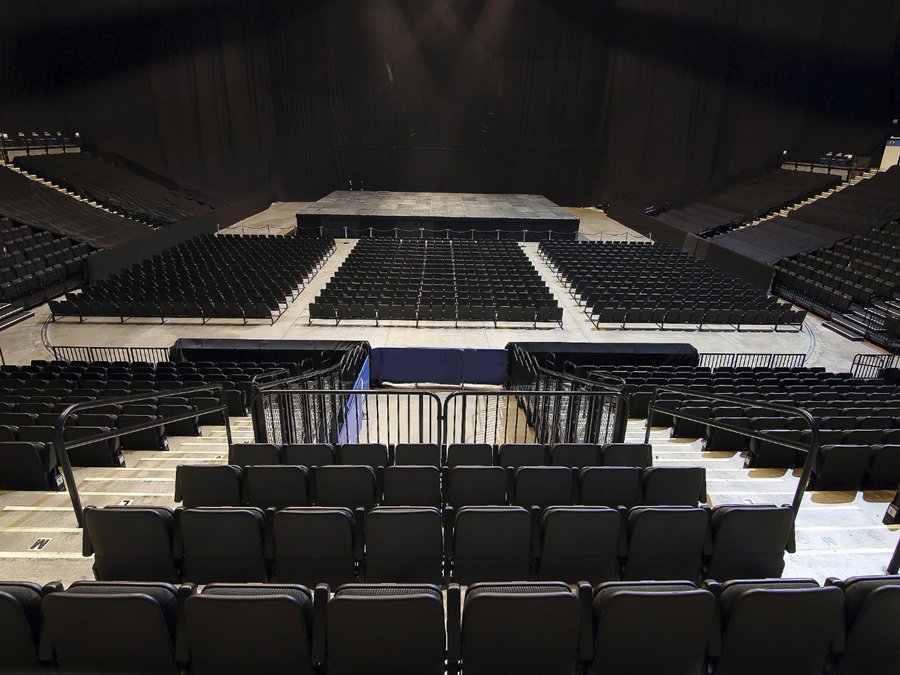 Sheffield's newest venue, the Steel Hall is a venue housed within the Arena main Hall . Bringing your audience closer to your event in medium capacity venue.

A series of drapes dress the venue to give an intimate feel venue so any customer attending a Steel Hall show will not feel they are watching a show in a cut down arena and just as important neither will the show, but, as the promoter, you will have access to all the arena facilities.

The first event in The Steel Hall was the opening night of the Final ever Arena Tour of Jeff Wayne’s Musical Version of The War of The Worlds hosted on 27th November 2014.

Live Nation Senior Vice-President Music UK Barry Clayman said:- This was the Final arena tour for the show and our biggest production to date. We didn’t want to give anybody less than the full incredible show, but in view of the very short lead time to sell the tickets and the scale of the production the Steel Hall presented itself as the perfect solution. Having access to the full arena facilities meant we didn’t have to compromised the show in any way. Ticket sales were very strong, and the feedback I’ve had from the touring crew has been extremely positive.

Arena’s Commercial Operations Manager said:- It really was fantastic to see The Steel Hall hosting its first show just weeks after launch. The Steel Hall show was an extra date on The War of The World’s Tour and the perfect show to open the venue, selling out the concert after being on sale for only seven weeks was the icing on the cake. And the future is already looking rosy for The Steel Hall. Promoters really have embraced the idea and we have already had several shows penciled in for 2015 and are currently already on sale with An Evening With Mark Knopfler for next May.

A series of drapes dress the venue to give an intimate feel venue so any customer attending a Steel Hall show will not feel they are watching a show in a "cut down" arena and, just as important, neither will the show, but, as the promoter, you will have access to all the arena facilities.

Mark Knopfler was the second show to play the Arena’s Steel Hall, the first time he has performed at the venue since 1991. The show was promoted by Danny Betesh of Kennedy Street Enterprises who said:- The Steel Hall has fulfilled a long standing gap in the South Yorkshire market place and gave me the confidence to bring Mark back to the region for the first time in over 23 years. Both the fixed capacity & hire costs reduced the risk and achieving a sold-out show with over 4000 tickets adds up to an attractive proposition. I’m hoping to be back again soon.

Mark Knopfler’s Manager, Paul Crockford said:- The Steel Hall format worked really well for our Mark Knopfler date in Sheffield. We had all the benefits of a big arenas facilities but in a format that made the show feel quite intimate. It made good business sense as well as being a great show for the fans.

Paul Hutton from Metropolis Music who promoted Richard Hawley at the Steel Hall in November 2015 and said:- We were looking for a new challenge, but without losing the intimacy of a City Hall size venue. I was slightly sceptical but the Steel Hall configuration worked really well, allowing us a decent capacity without it seeming the wrong type of venue, all in all, a result!