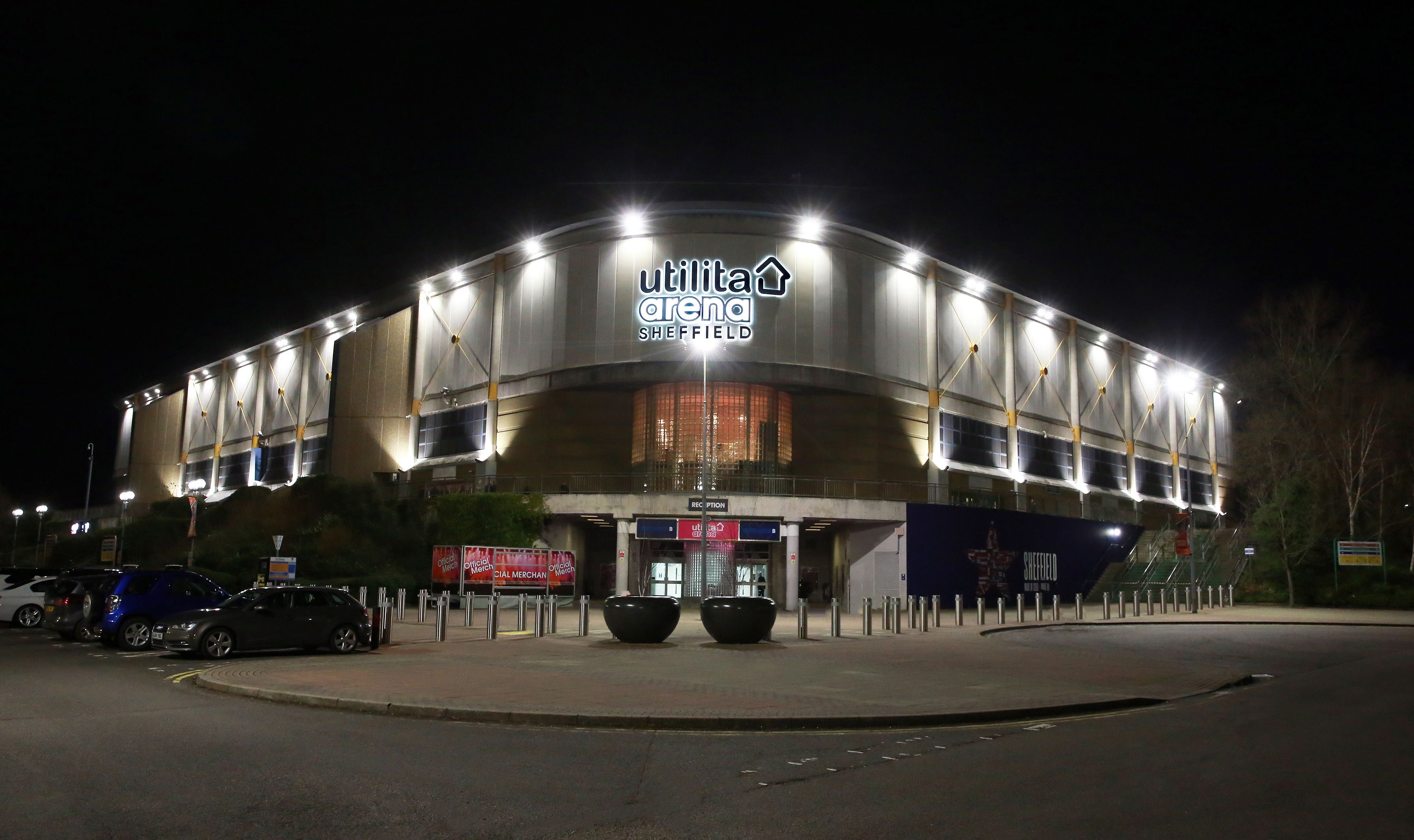 Spot the Signs of Ticket Fraud

Fraudsters have conned ticket buyers out of nearly £4m in the past year alone with show goers across the UK flocking to live entertainment as restrictions are removed. 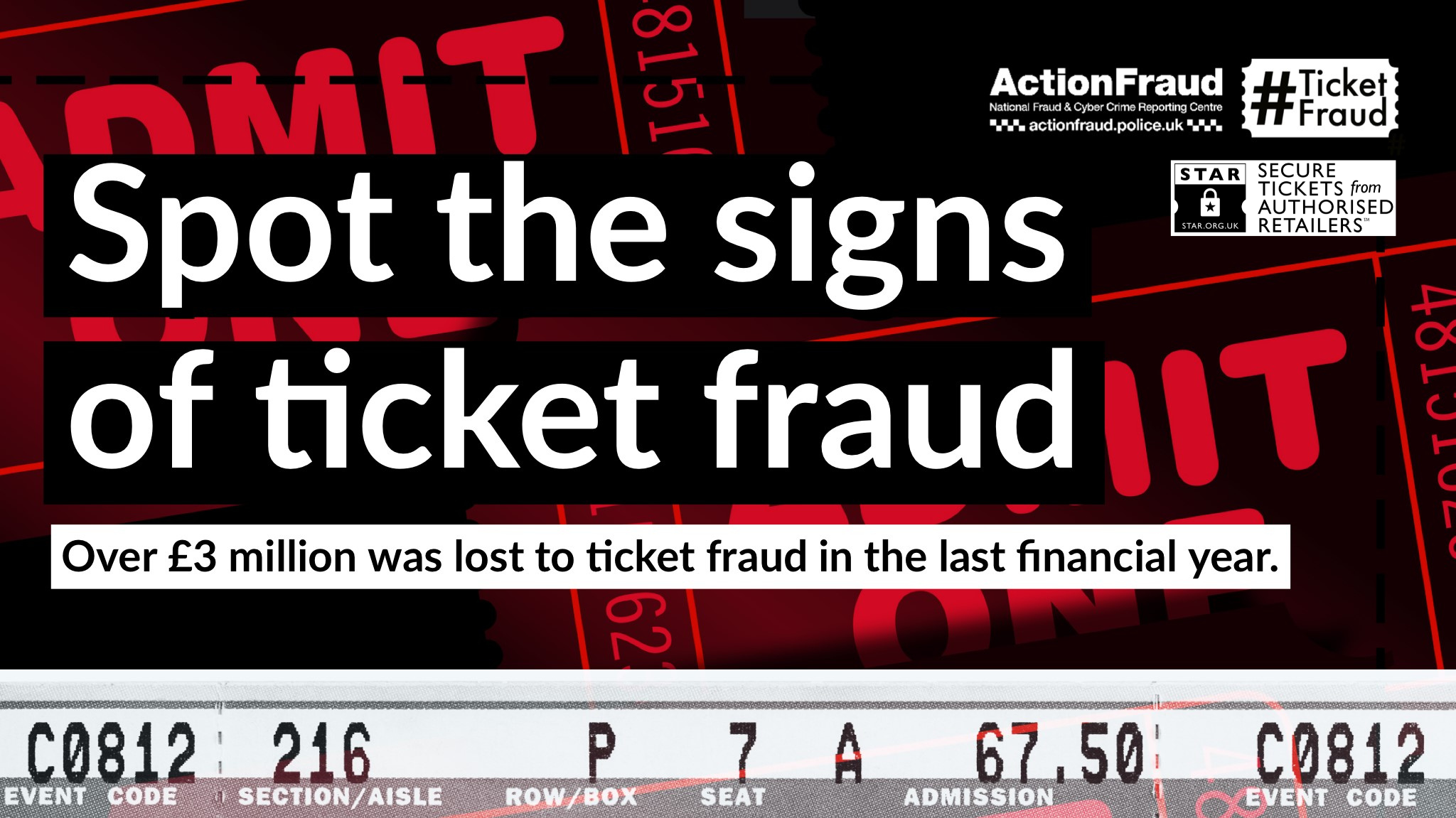 Action Fraud received 623 reports of ticket fraud in September last year – the highest number of reports received since March 2020, as most festivals and events operated as usual for the first time since pre-pandemic.

During the 2021/22 financial year, victims reported losing £3.8 million to ticket fraud – an average loss of over £750 per victim.

One victim lost £900 after they found someone on Twitter selling a ticket to the Euro 2020 final. The victim contacted the suspect who showed proof of the ticket. The victim transferred the money to the suspect and once the suspect had received the payment, they deleted their account.

Another victim lost over £150 after they saw an advert for tickets to a concert. The victim contacted the suspect who said two tickets were available and then transferred the money for the ticket. Once the suspect had received the payment, they blocked the victim.

Sheffield City Trust would like to help customers stay safe when purchasing tickets. Utilita Arena Sheffield and City Hall are proud members of Secure Tickets from Authorised Retailers, or STAR, which has been at the forefront of cross-industry initiative to improve consumer confidence, make ticket buying safer, and combat ticket fraud.

“Buying from a STAR member means you are buying from an authorised ticket supplier signed up to our strict code of practice. While we hope you never have to use it, this also gets you access to our approved Alternative Dispute Resolution service.

“This summer will see the return of many more events, as well as concerts and shows that were rescheduled during the pandemic. It’s vital that ticket buyers keep their eyes open and take steps to protect themselves from unscrupulous ticket sellers that prey on their understandable excitement about attending some of the great events on offer.”

“We have seen reports of ticket fraud rise further this year as well. Many festivals and events for the summer have already sold out, so don’t be deceived by offers on secondary ticketing websites or social media, as this is often where criminals will advertise fake tickets to popular and sold out events. Remember: if a deal sounds too good to be true, it probably is.” 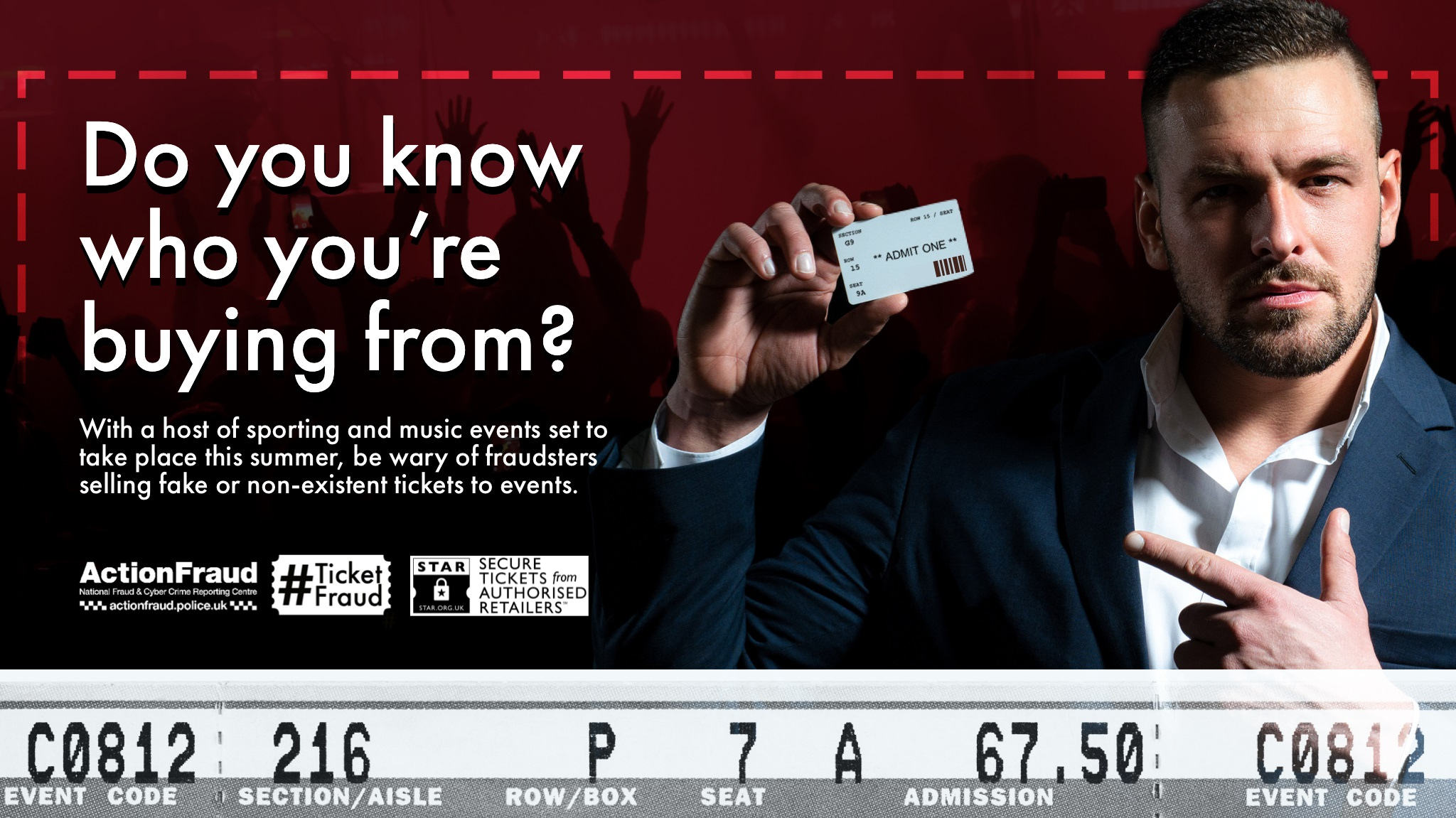 Spot the signs of ticket fraud and protect yourself:

Action Fraud also advises that the public follow the advice of the Take Five to Stop Fraud campaign to keep themselves safe from fraud. 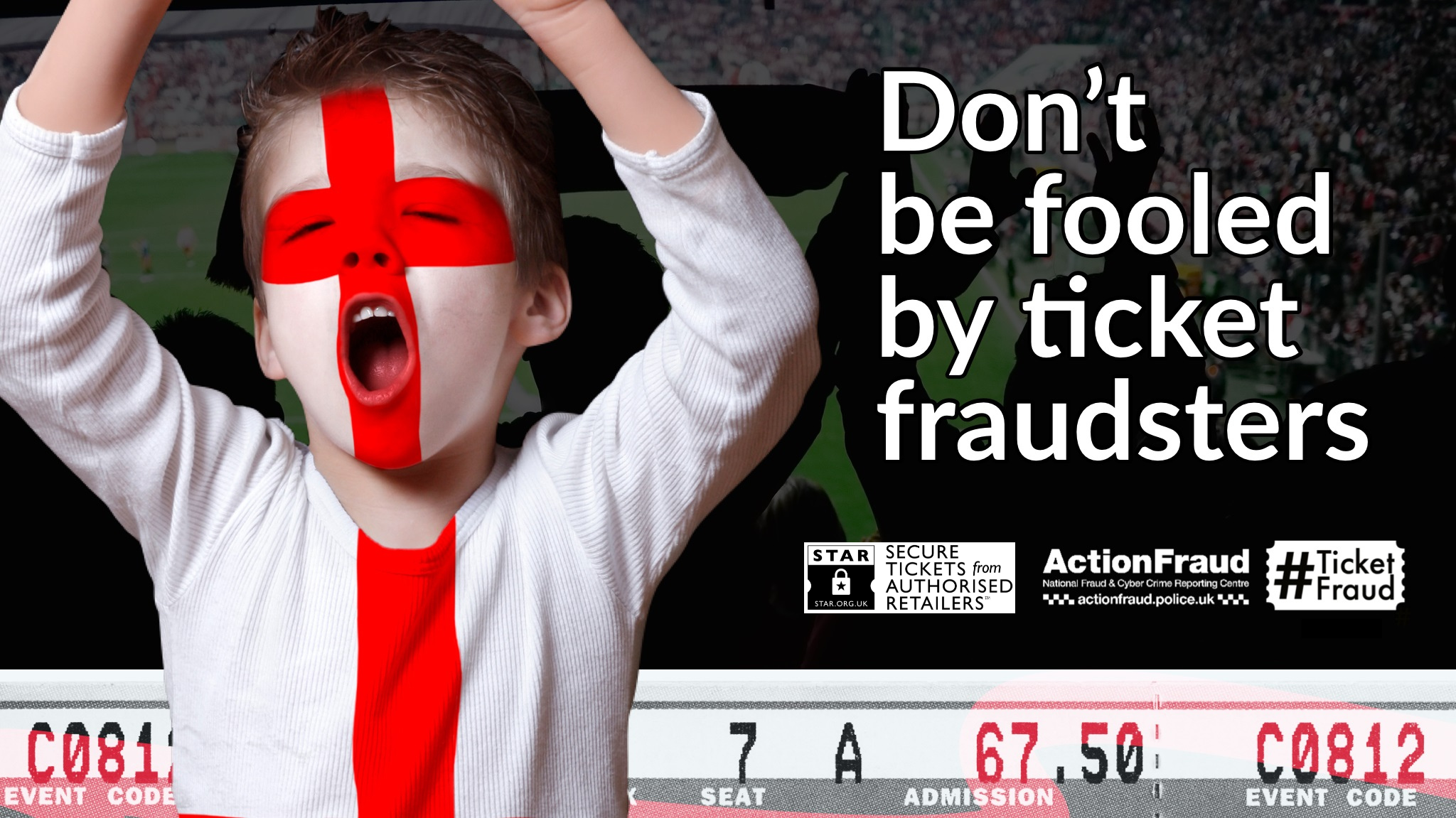